I have been reading an interesting book about the history of biking in the Netherlands written by an American. I have encountered some interesting facts.

First of all, what is dinking? #

I intend to clear this mystery as fast as possible, with a quote from TheFreeDictionary:

It seems that in Australia and New Zealand this verb is used to name the action of carrying a second person on a bicycle, for example.

Well, as Pete Jordan noticed, the author of In the City of Bikes: The Story of the Amsterdam Cyclist, this is something quite ordinary in the Netherlands, people carrying on the back of the bicycle their partners (life partners) or their children and so on.

What you don't know is, that "dinking" is illegal in the US and also in some European countries.

After some small searches on Google I found a blog post saying that this is illegal in Portland, USA and even the Highway Traffic Act in Canada includes the following paragraph:

In the UK, a man was fined for carrying his child on his bike and it seems that for good reason, because the British law says something like this:

The cherry on top of the cake is the EU regulation for road safety:

I was not able to find something about the Dutch law about this, but I would guess the Netherlands did authorise an exception to the law, considering the popularity of cycling here. 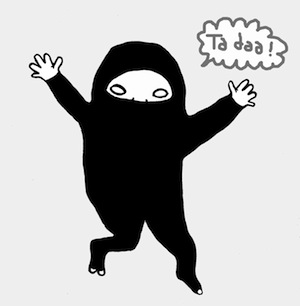 Taken from here and Illustration work by www.yukisnow.co.uk